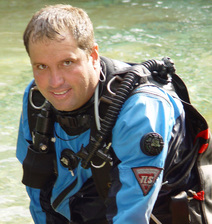 Jeff became hooked on diving in 1992 when he took his open water scuba class. Over the next two years he worked his way through advanced training and logged more than 150 dives. In 1994, he became an Advanced Open Water Instructor and has certified many scuba divers since. Jeff became Full Cave certified (NSS-CDS) in 1998 and began diving caves in Florida and Mexico. He received the NSS-CDS Abe Davis Safety Award in 2011 and holds DPV and Expedition Trimix certifications.

Ward started diving in 1982 and obtained his cave diving and Trimix certifications in 1994 and 1999, respectively.  He has extensive experience in caves in both Florida and Mexico and has been a participant with the JWEP since 2005. 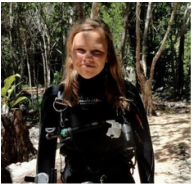 Laura is the newest addition to the JWEP roster. She started cave diving in 2013 and completed over two hundred cave dives in Mexico and Florida over the summers of 2013 and 2014. She is a member of the Ozark Cave Diving Alliance and has interned at The Dive Outpost, a technical dive shop in Florida. She is also a member of the UT Grotto and is involved in sump diving activities with the Honey Creek Cave exploration project. 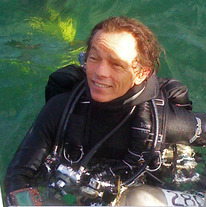 Chuck began diving in 1980, earned his Full Cave certification in 1996, and has served as the director of the Goodenough Springs Exploration Project since its inception in 2003. He was also a member of the Woodville Karst Plain Project in the 1990s, the director of the Gulf Brine Seep Project in 2001, and currently serves as a regional coordinator of the International Underwater Cave Rescue and Recovery organization. As a previous co-director of the JWEP, Chuck participated in exploration and surveying efforts at Jacob’s Well and currently assists the project with logistics involving the deployment of scientific instrumentation and specialized diving equipment.